Movie Story: Loosely based on Homer’s “Odyssey,” the movie deals with the picaresque adventures of Ulysses Everett McGill and his companions Delmar and Pete in 1930s Mississipi. Sprung from a chain gang and trying to reach Everett’s home to recover the buried loot of a bank heist they are confronted by a series of strange characters–among them sirens, a cyclops, bank robber George “Baby Face” Nelson, a campaigning governor and his opponent, a KKK lynch mob, and a blind prophet who warns the trio that “the treasure you seek shall not be the treasure you find.” 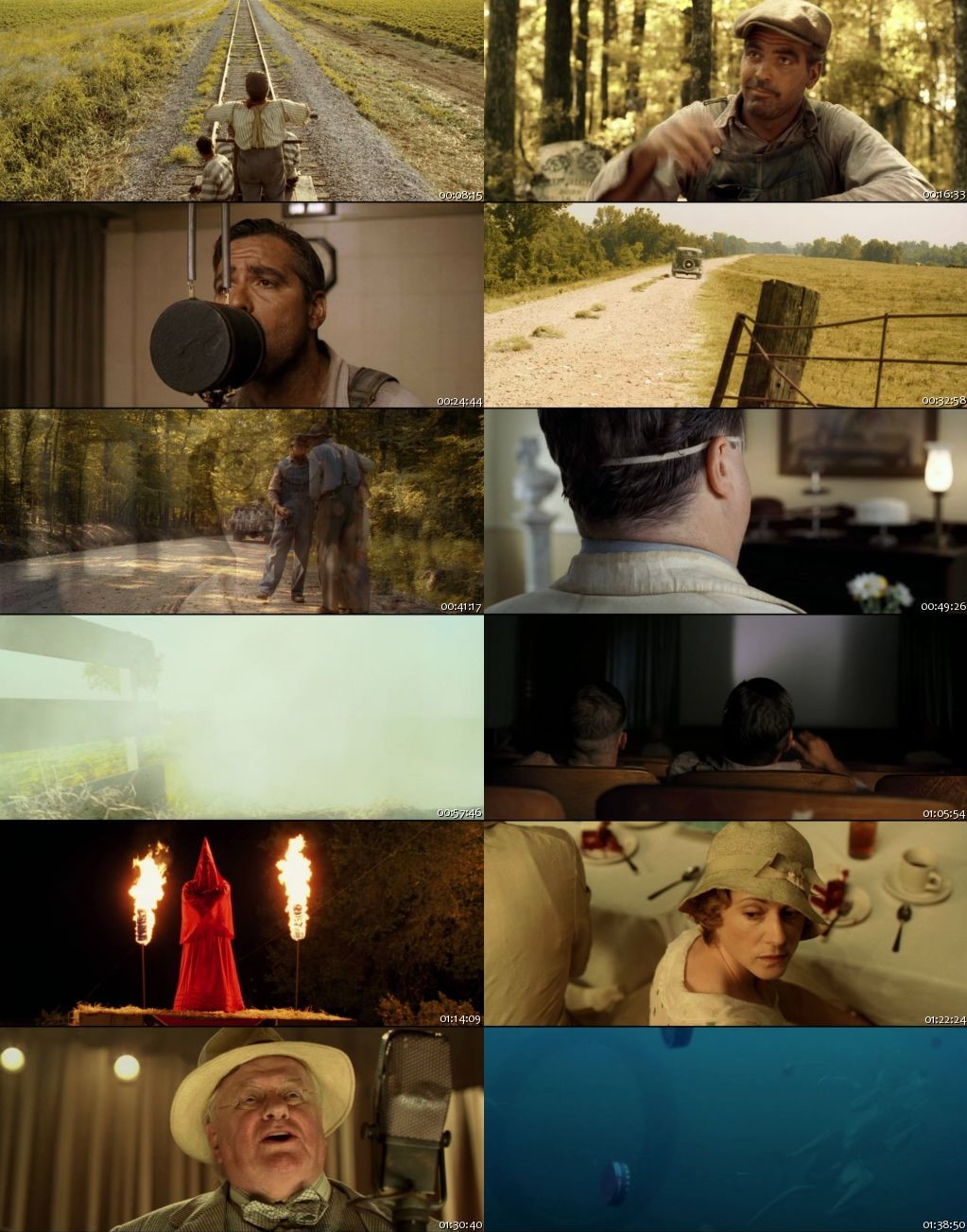